I really enjoy the gardens at Cantigny. There are beautiful flowers and many insects. I went recent and found many bees, wasps, butterfly and other beetles everywhere. I was out with the macro lens and took many photos which I'll be sharing over the course of the next week or so.

Today I am focusing on wasps. Wasps, bees and ants are of the order Hymenoptera. Unlike bees, wasps do not collect pollen and are mostly carnivorous or scavengers. Still, they are beneficial to a garden as they help control problem insects. Wasps are characterized by their thin waist and unlike bees, which are furry to help collect pollen, wasps are generally smooth. Some wasps are social, such as yellow jackets or bald-faced hornets, others are solitary such as the parasitic wasps. Many social wasps live in complex societies that are even more complex than bees or ants.

One last point, wasps do not play a big role in pollinating, they play some role but it is minor. Also, unlike bees, wasps do not gather pollen. Instead they go to flowers to drink the nectar. 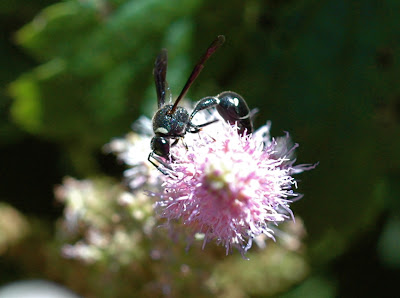 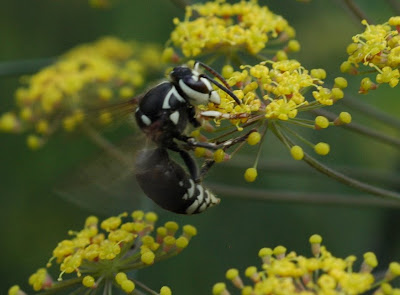 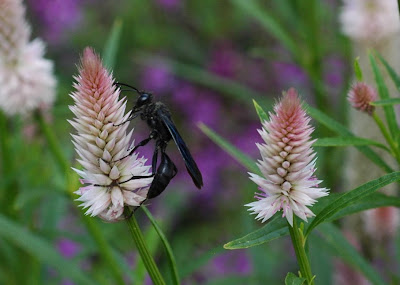 Hope you enjoyed the wasps. I am typically afraid of these creatures but as I take more photos, I become less fearful. Tomorrow I will feature a honey bee who was frantically gathering pollen.

Diane
Posted by Unknown at 6:00 AM