As many of you know, and as I have posted about this already but I had a photo pendant and photograph included in celebrity swag bags by The Artisan Group that were gifted to celebrities at the luxury gift lounge hosted by GBK Productions, preceding the Academy Awards.

Here's a list of some of the celebrities that received a photo pendant and photograph from The Shutterbug Eye in connection with The Artisan Group at the Oscars Gift Lounge Louis Gossett Jr, Penny Marshall, Kevin Nealon, Penelope Ann Miller (The Artist), Iqbal Theba (Glee), Gil Birmingham (Twilight Series), Nat Faxon and Jim Rash (The Descendants), Mary Birdsong (The Descendants) and Holly Robinson Peete. 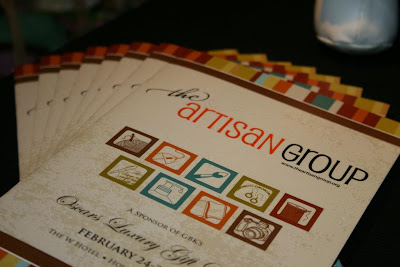 I will conclude by sharing a few of the celebrity photos from the event. 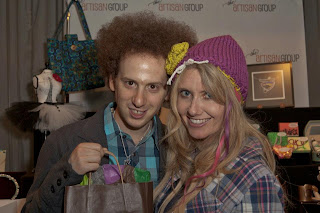 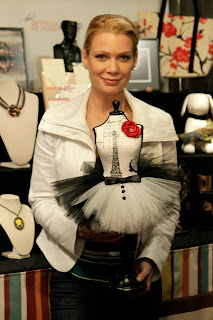 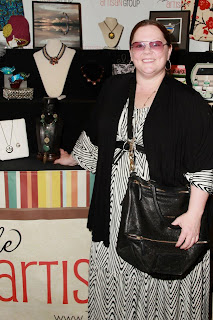 Top:  Laurie Holden poses with a creation from Atutudes
Bottom: Melissa McCarthy with the works of Hearts of Stone
It was a fantastic experience and honor to be included in the swag gifted at this event.  I am so excited about future events, including the gift lounge preceeding the MTV Movie Awards where I will be gifting members of the press and providing business cards that include on one side a wallet sized print.
Visit The Shutterbug Eye on Etsy to view and purchase my work, including the items that were gifted at this event.  Visit the other artisans to see their wonderful work as well.

If you are an artisan and would like a chance to have your work in the hands of celebrities, visit The Artisan Group for more information.